They say that letter writing is a lost art. I’d have to, sadly, agree.

It was once considered a romantic notion to receive a hand-written letter from an admirer. I personally wish that writing hand-written letters were still a grand gesture and were common in the “courting” ritual. Now the closest thing we have is a like on an Instagram photo, and maybe a comment (if you’re lucky).

The art has certainly been lost as a romantic gesture but I’ve seen a comeback in the art as a simpler gesture for telling someone something simple or even long-winded. It has definitely changed with the change in technology over the years.

I’ve been thinking about letters lately (can you tell) and how much they can convey. I know sometimes I have a lot to say but I don’t necessarily have the patience or the mental filter to get my opinion stated appropriately. I’ve found that writing letters when you’re angry can help relieve that anger and put things into perspective, but the trick is to never send it.

I’ve also seen a couple letter ideas that are quite the opposite of angry mail. I’m sure we’ve all seen the “A Letter to my High School self” or “A Letter to my Future Husband” and so on. I think these are wonderful letters for so many reasons. A letter to a former-self shows growth and allows for time for reflection. A letter to a future spouse, or to a best friend or a close family member gets expectations, praise or even criticism out without having the awkward and potentially silent conversation. Even keeping it simple can be beneficial.

With these types of letters, I feel that it’s up to the author to either send the letter via snail mail, present the letter in person to the recipient or to simply keep it private.

I also personally think that handwriting a letter is magical in its own way. You can add your own little flourish and put your personality right on the page just through your handwriting. I know I personally love receiving a handwritten letter or even a card with a nice message. It shows me that you care and that you put thought into what you wrote.

Now I’m sure you’ve guessed it, but I will be posting some letters in my next posts. I have a couple of ideas in mind but of course, I’m open to any suggestions.

Stay tuned for my letter posts and more.

One thought on “I’ve Been Thinking About Letters” 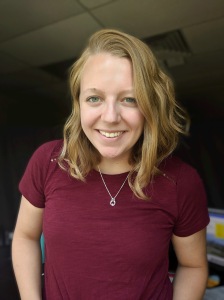